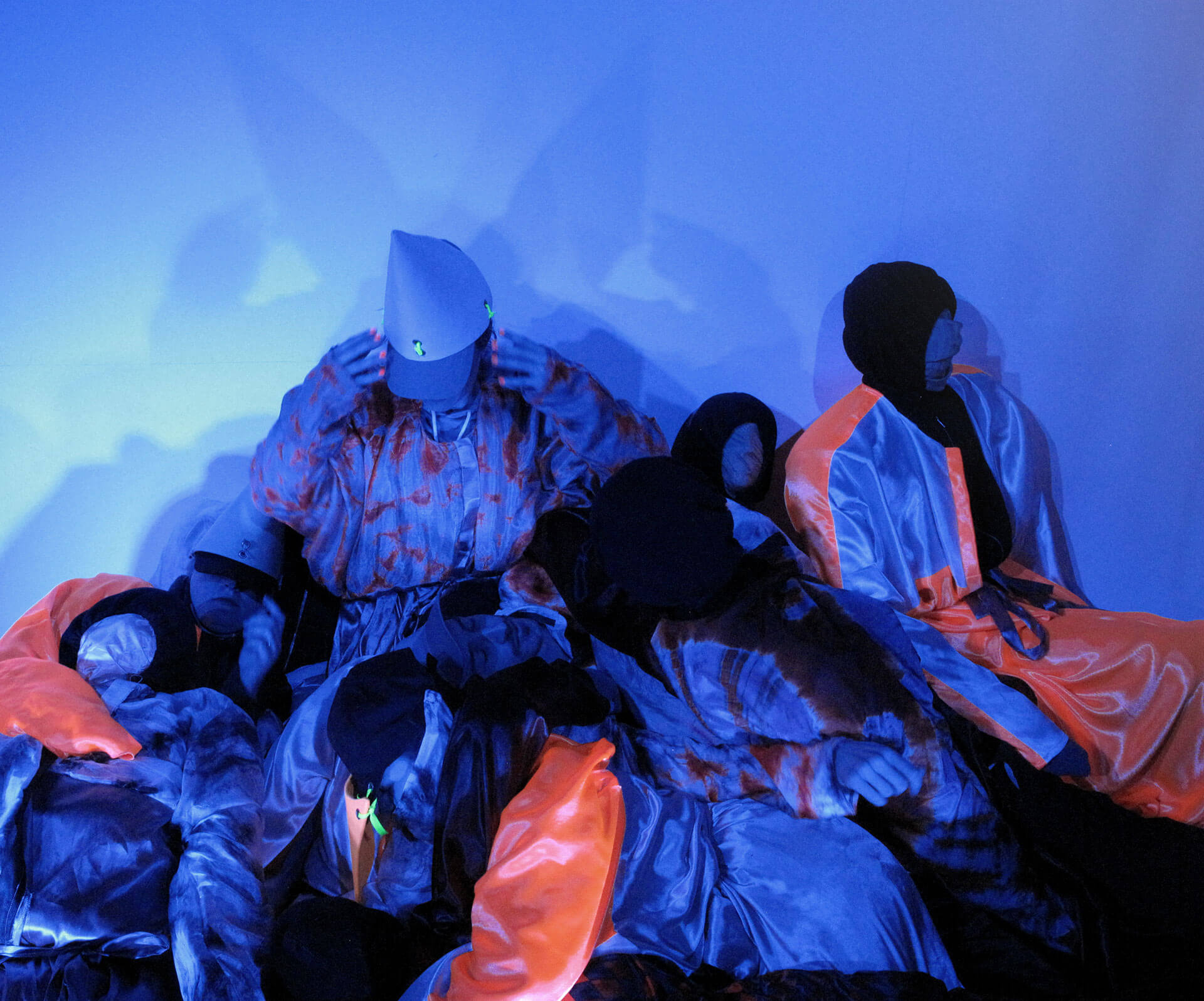 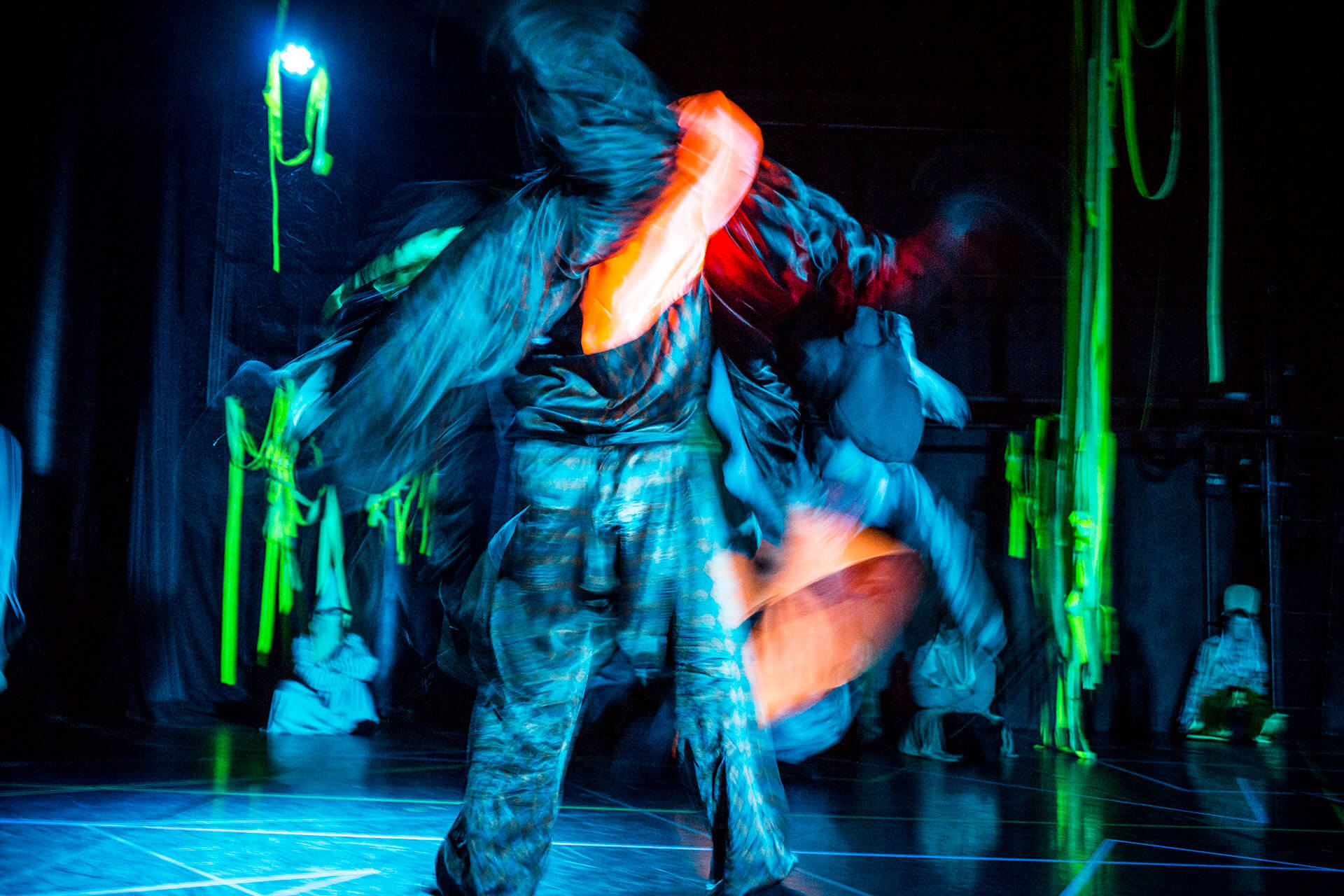 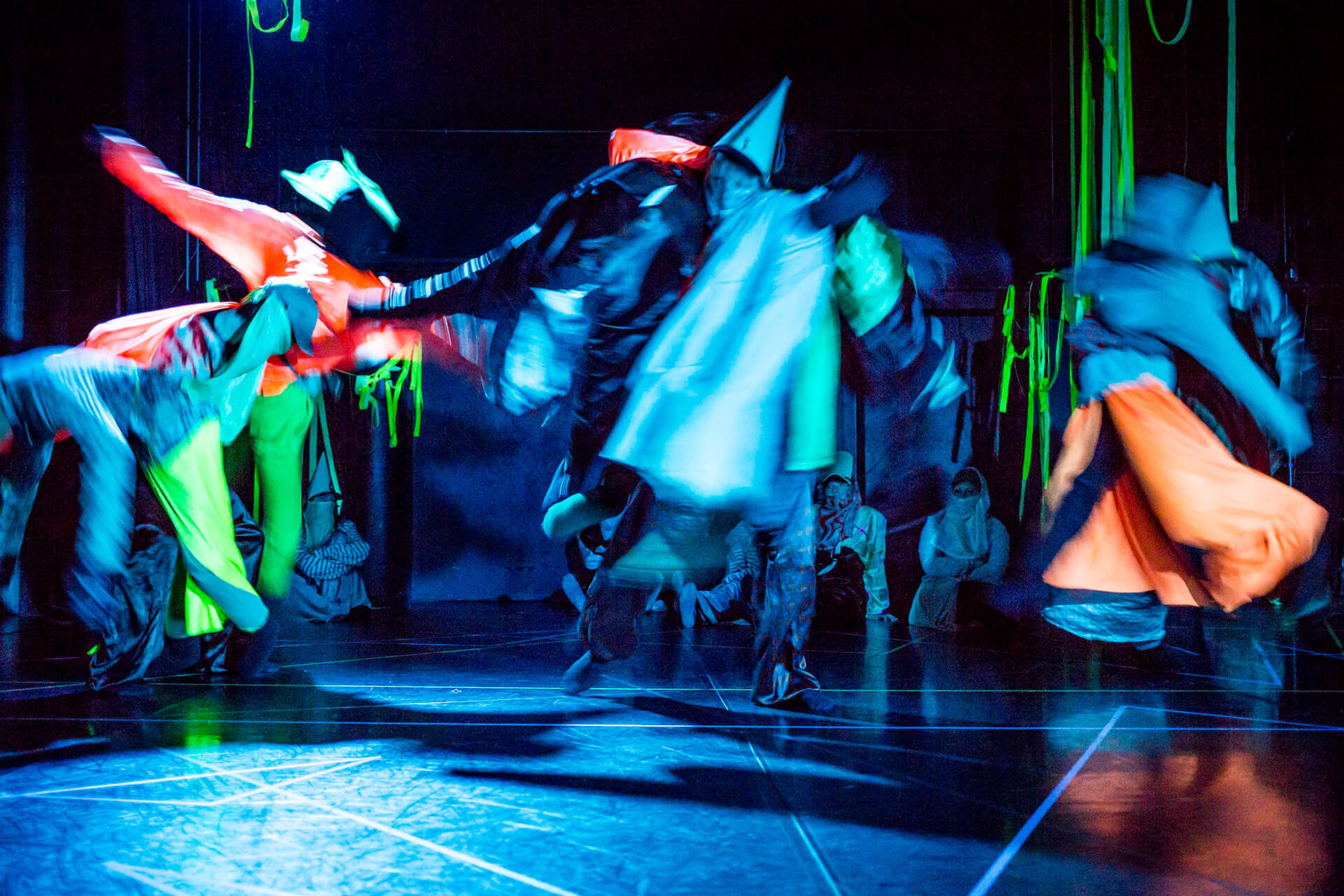 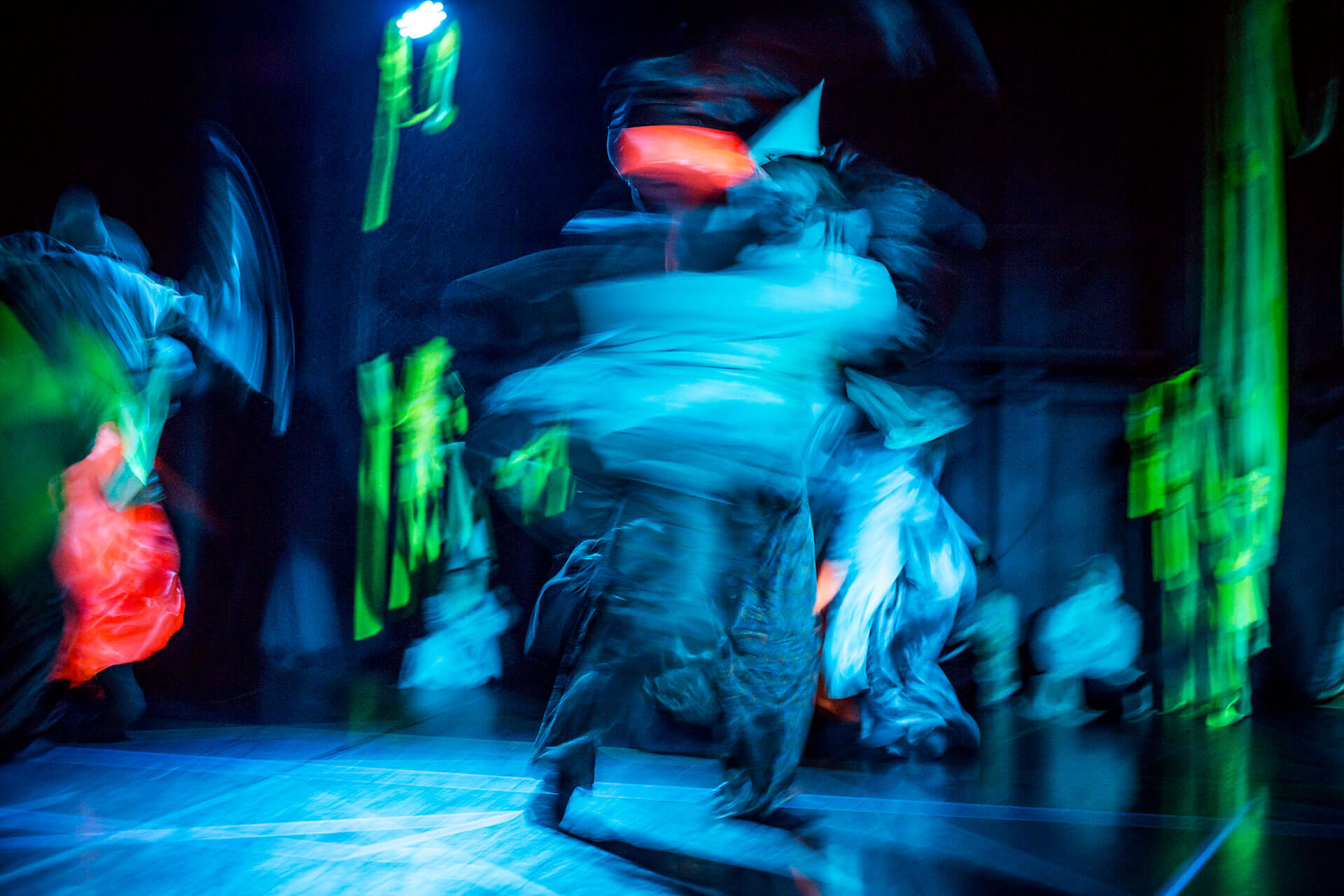 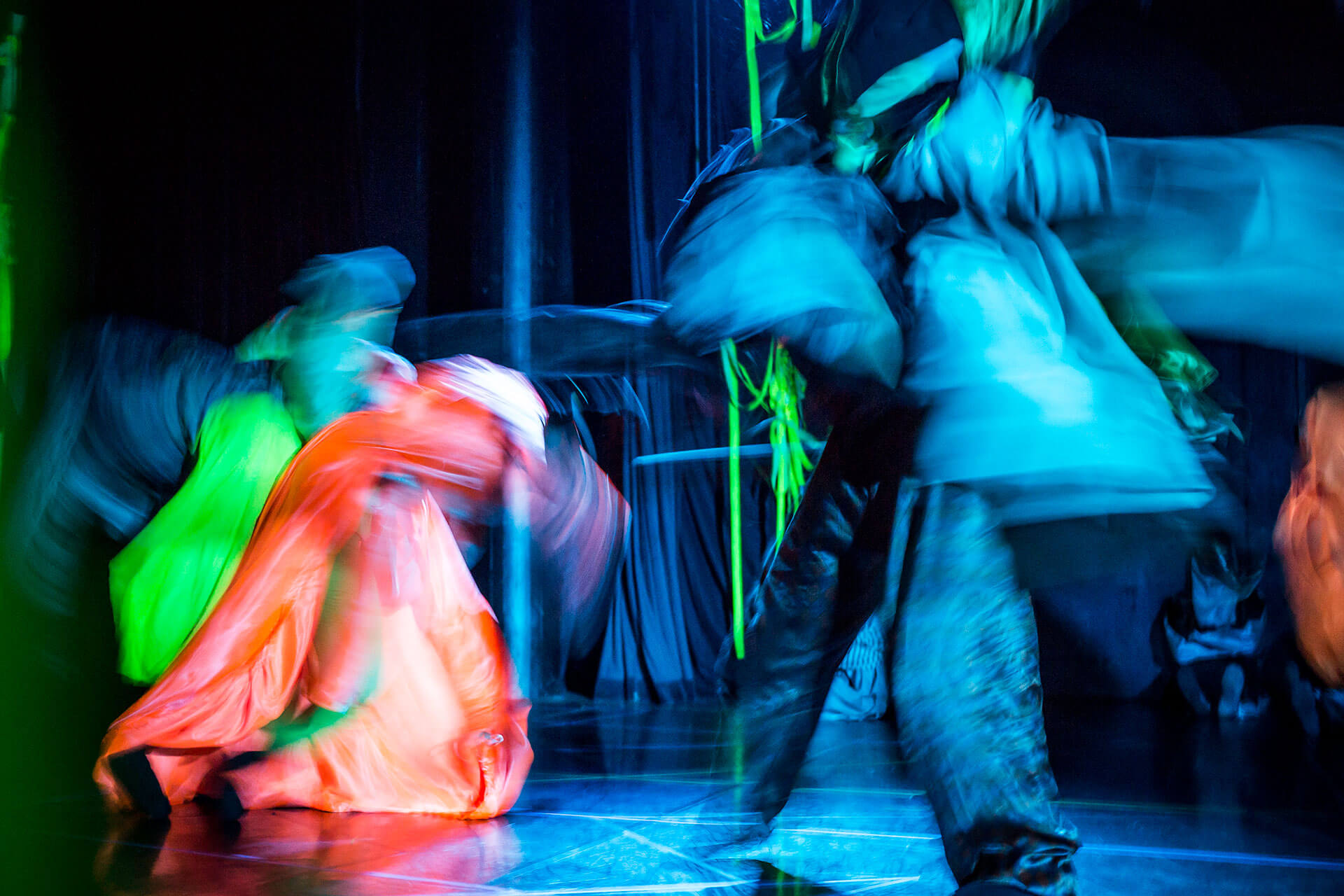 A disorienting distortion of perception. Wearing costumes that enshroud their entire body and face, the audience circulates freely through the performance area, a space in which all manner of boundaries become blurred: the boundaries between dancer and spectator, between the animate and the inanimate, between representation and participation, between space and sound.

Our senses are finely honed to detect human forms and features, but when objects and creatures assume an all-to human-like air, we are filled with a strange feeling of unease and fascination. Hoods tackles this phenomenon, otherwise known as “Uncanny Valley”. The result is an arresting total work of art that carries the audience along with it on a hypnotic trip.

Supported by: The Norwegian Arts Council, Fond for lyd og bilde, Fond for utøvende kunstnere and Det norske komponistfond. Thanks to Muscle Temple The Residency.

Tour supported by: PAHN and the Norwegian Ministry of Foreign Affairs and The Norwegian Arts Council