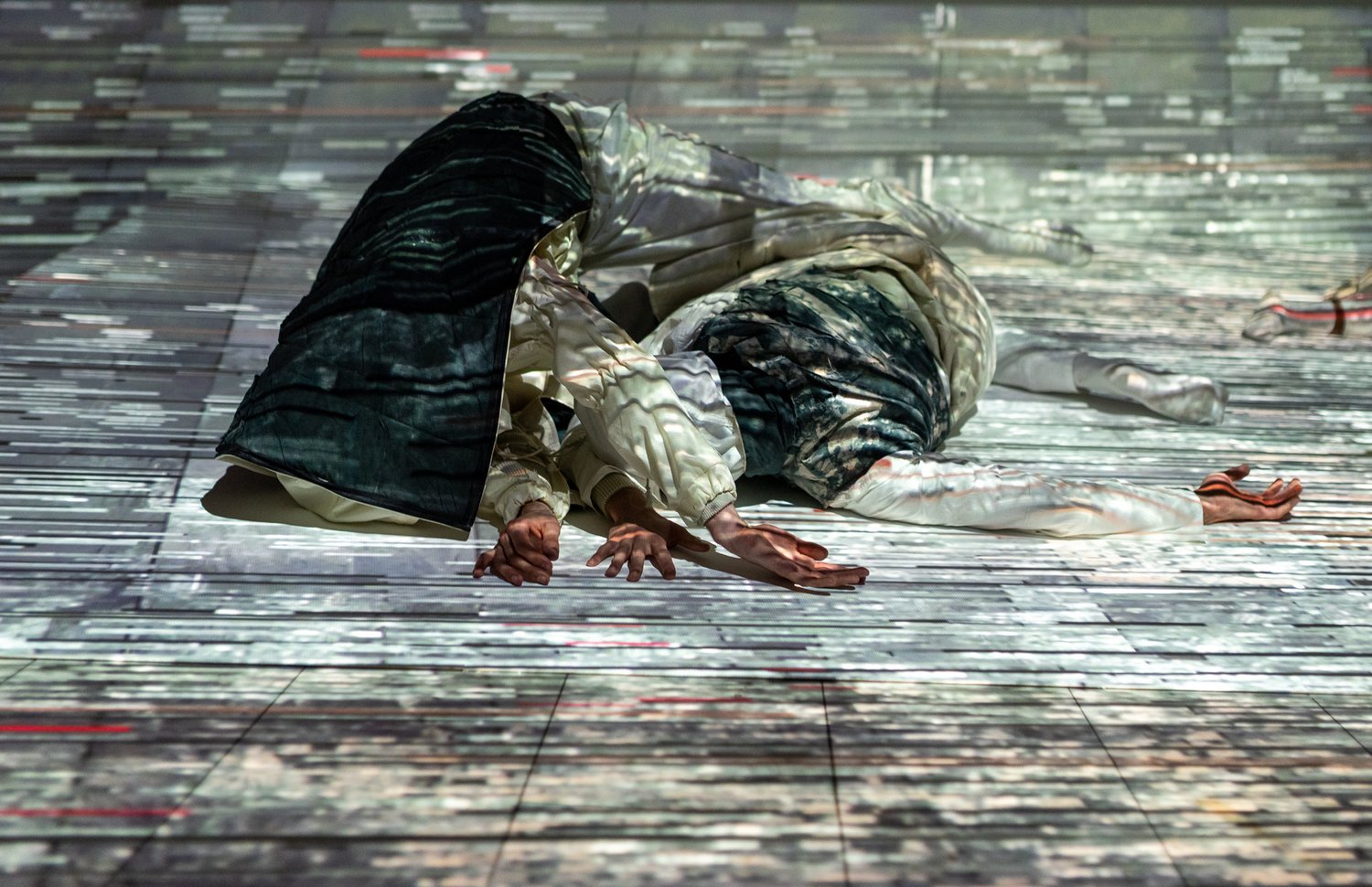 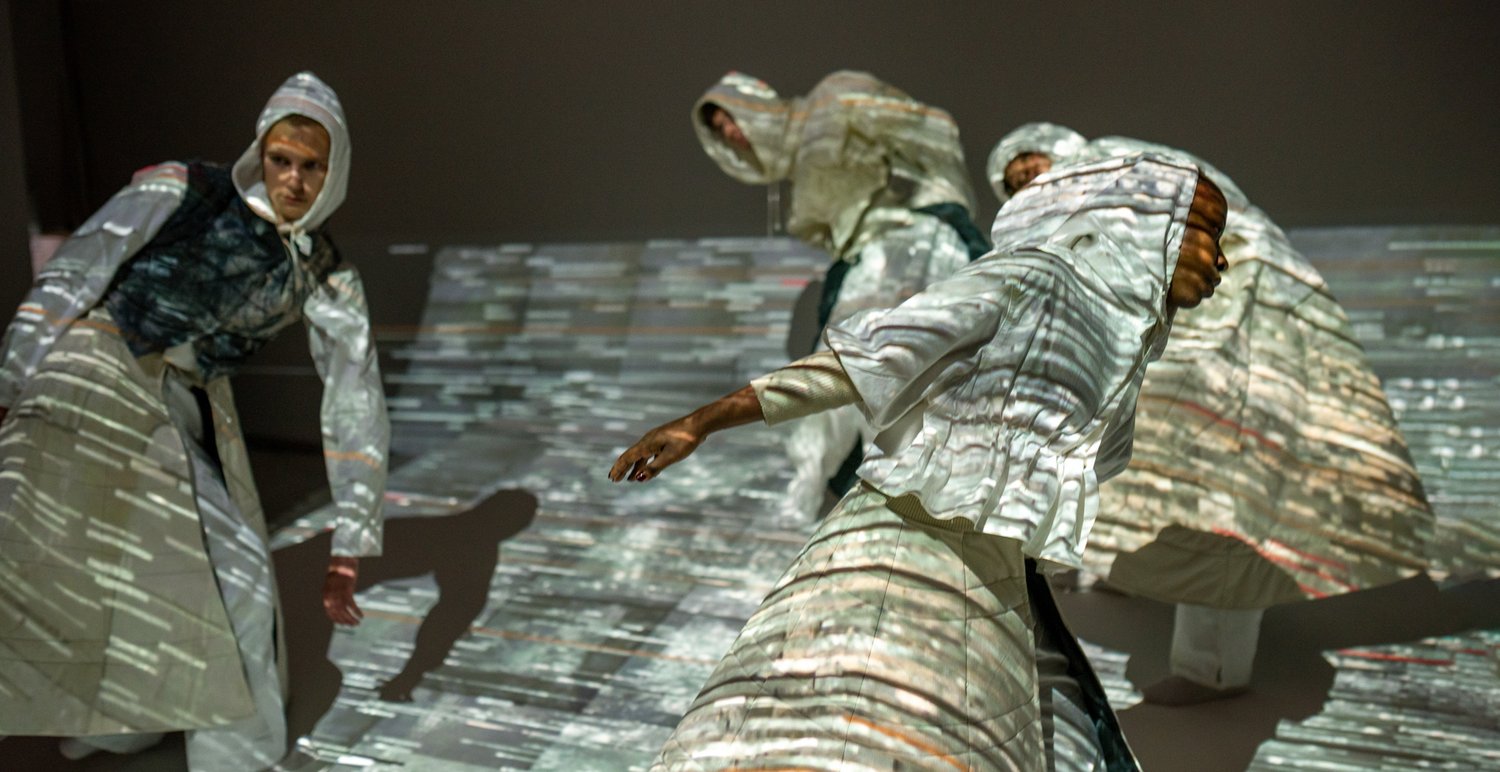 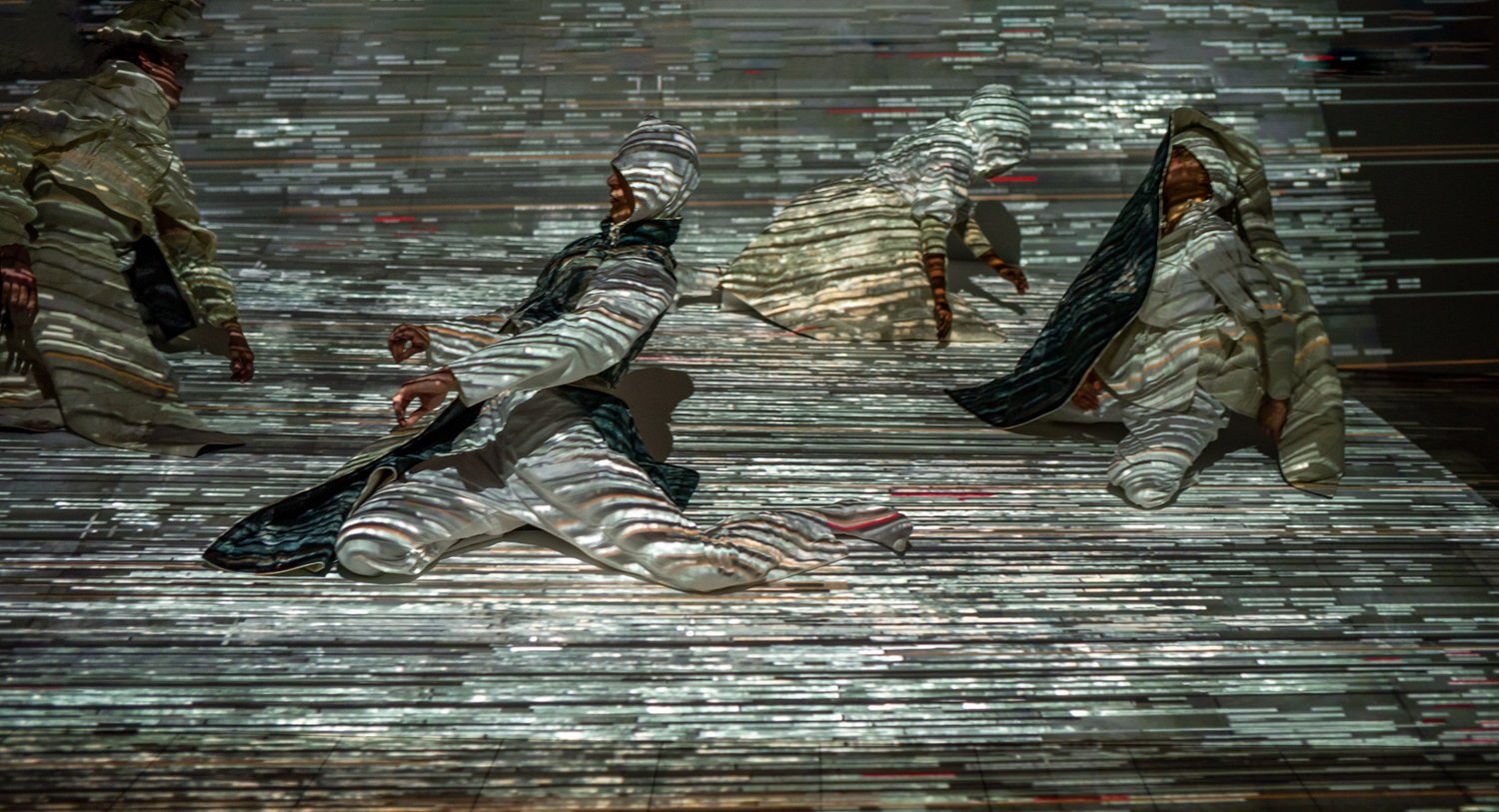 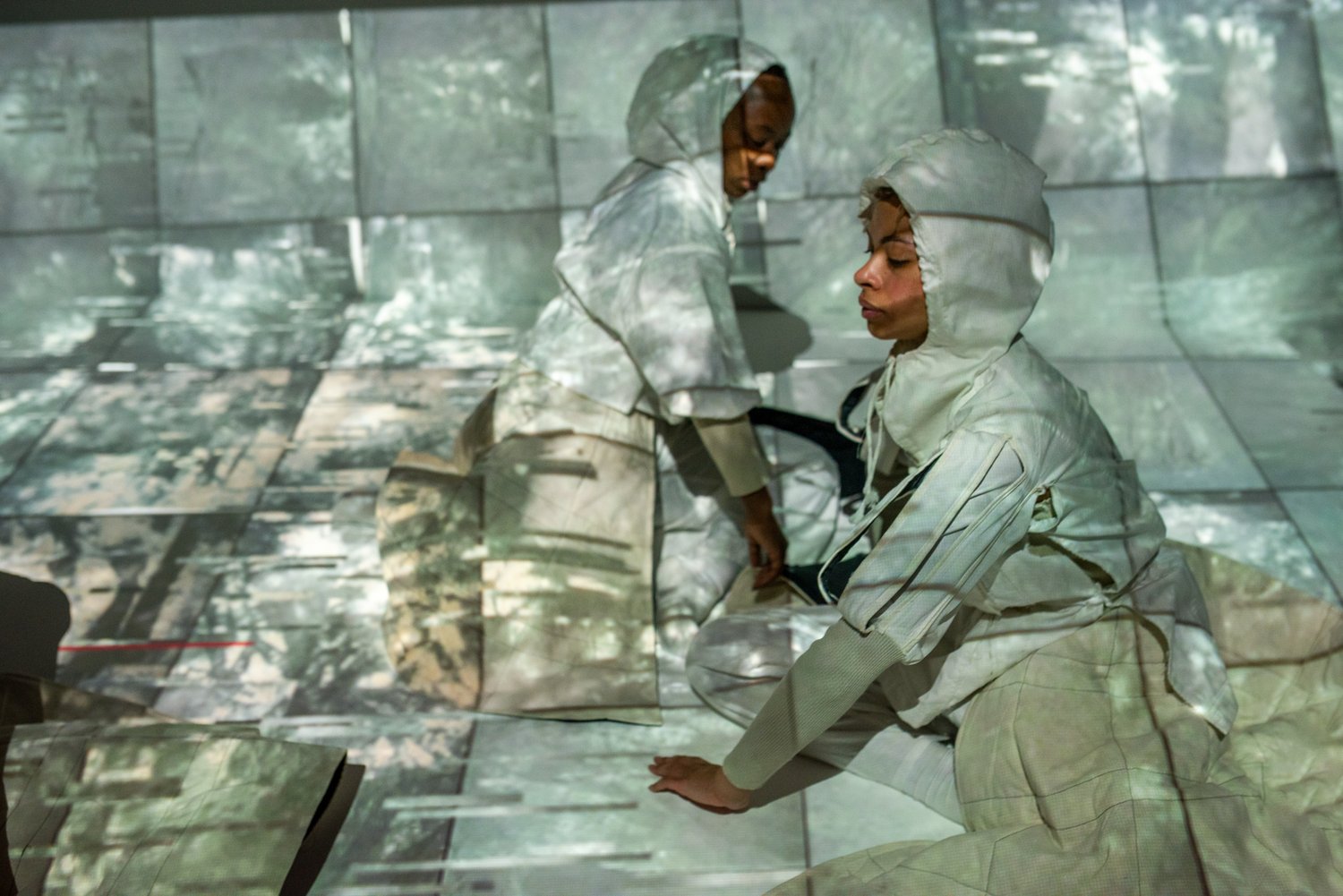 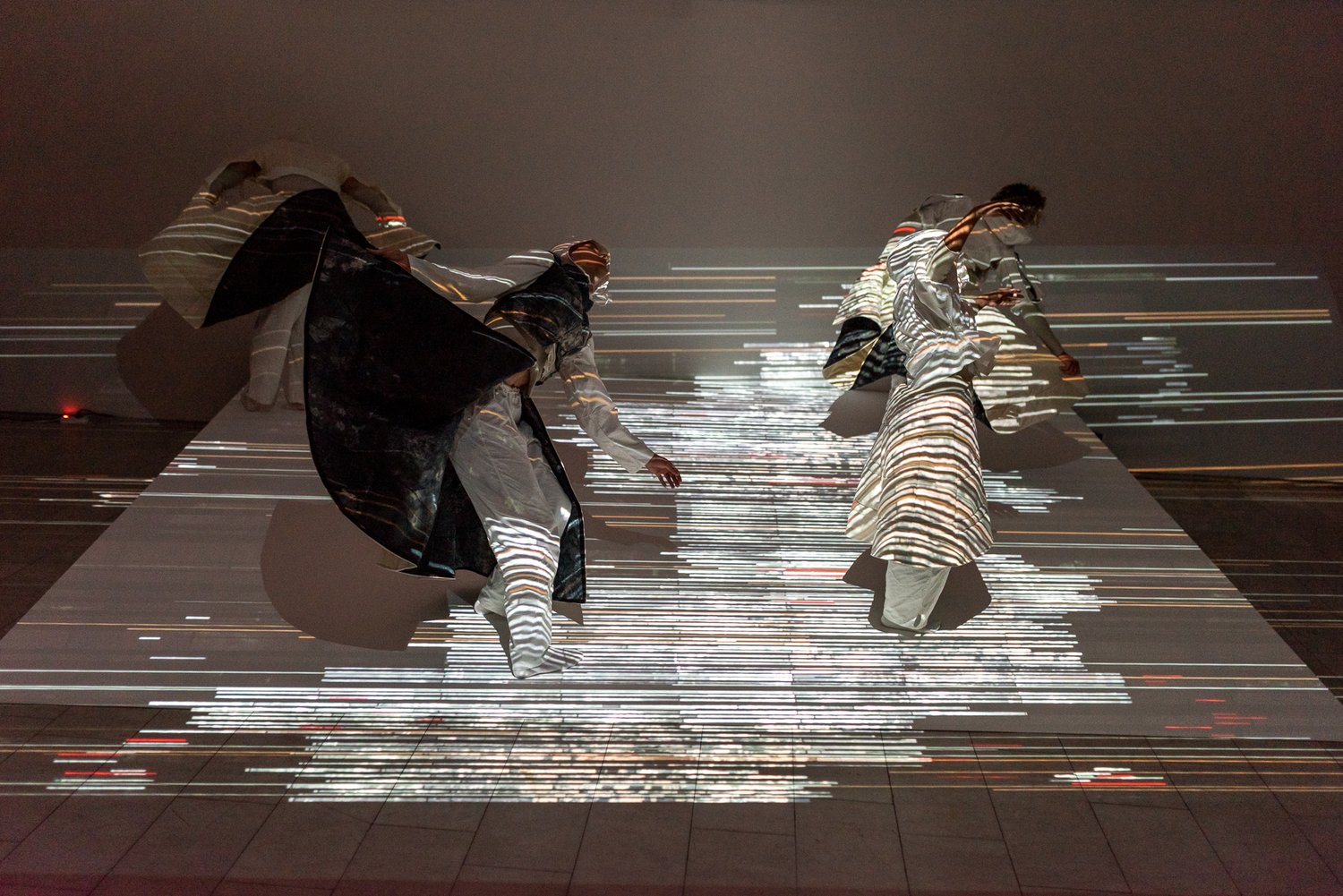 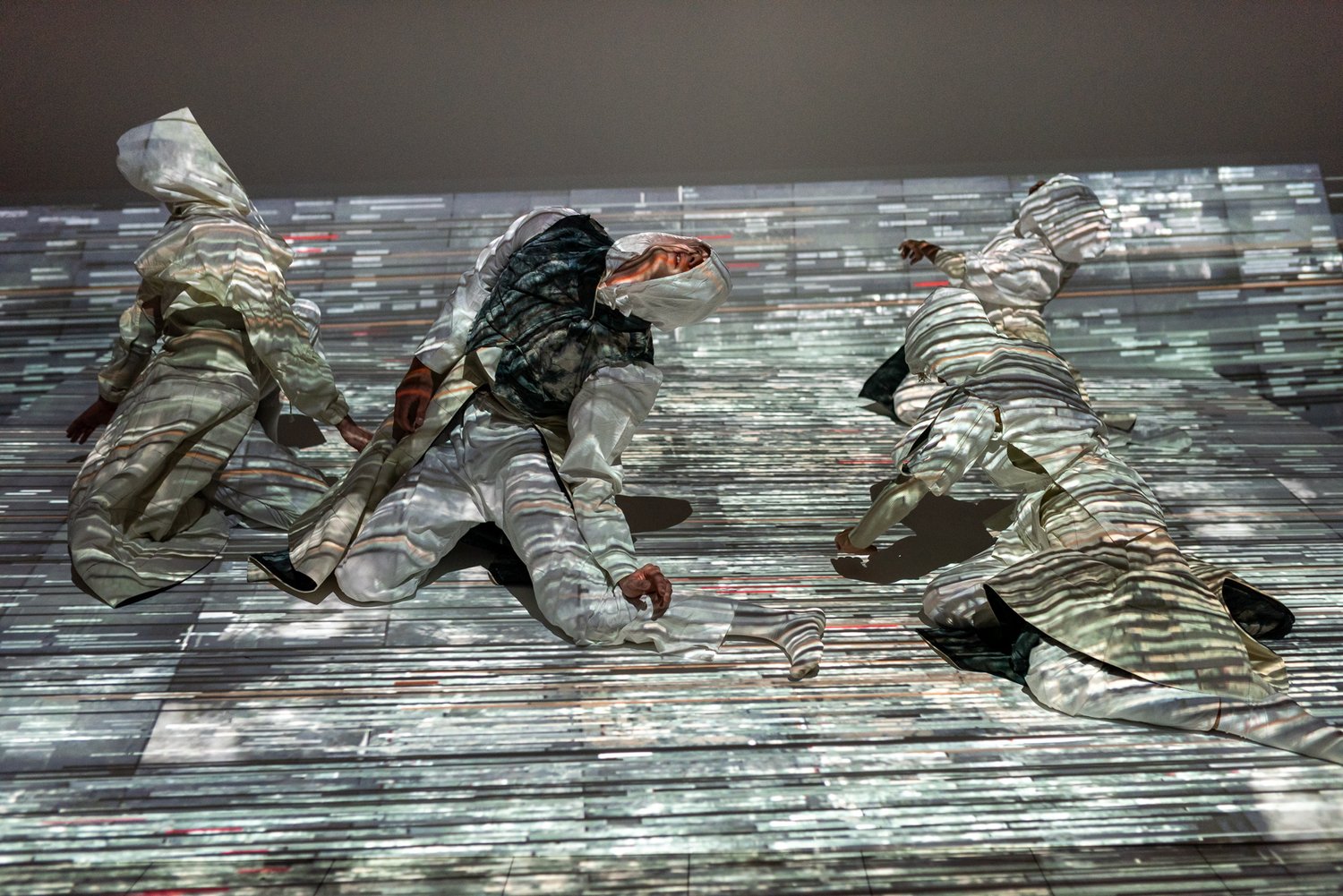 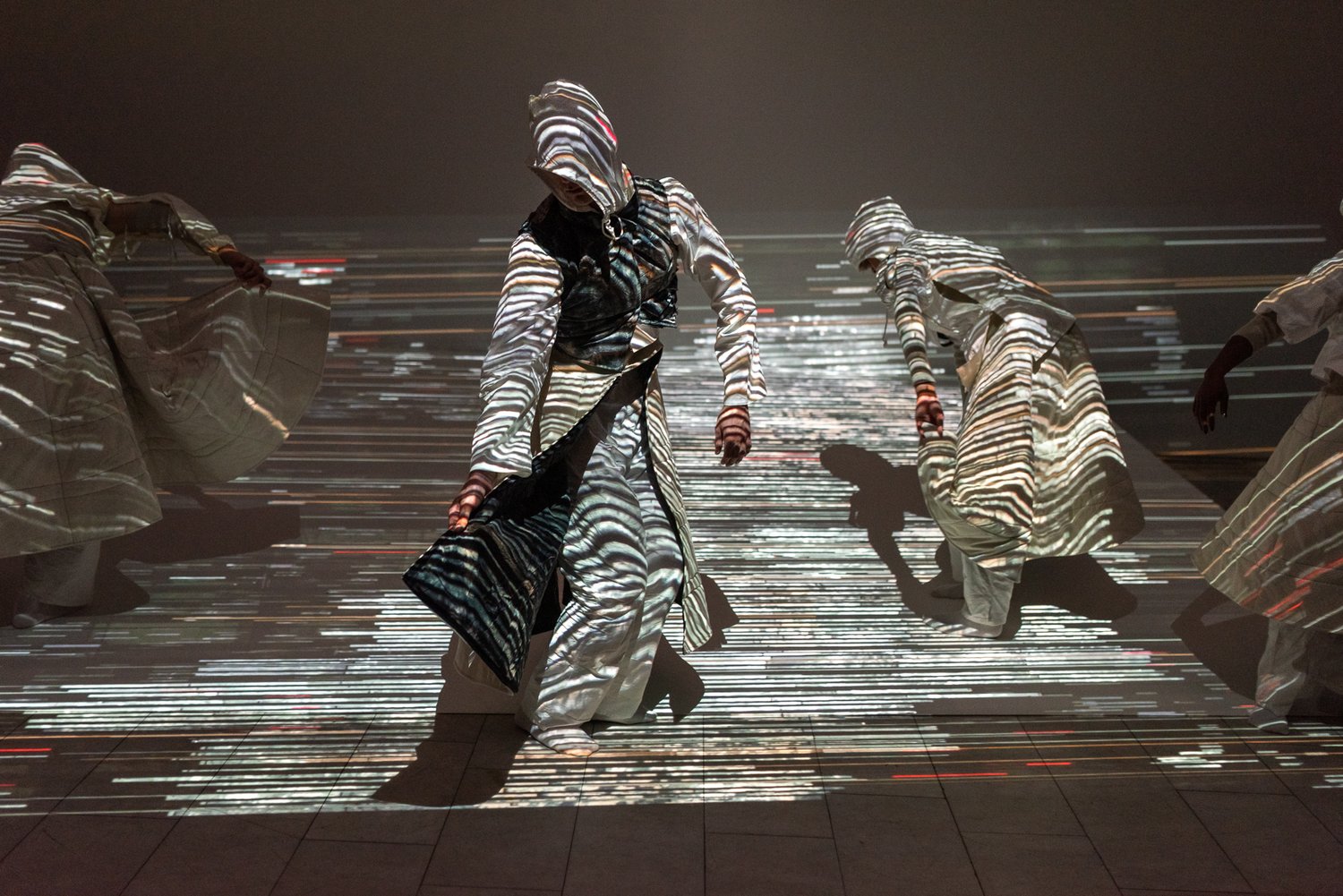 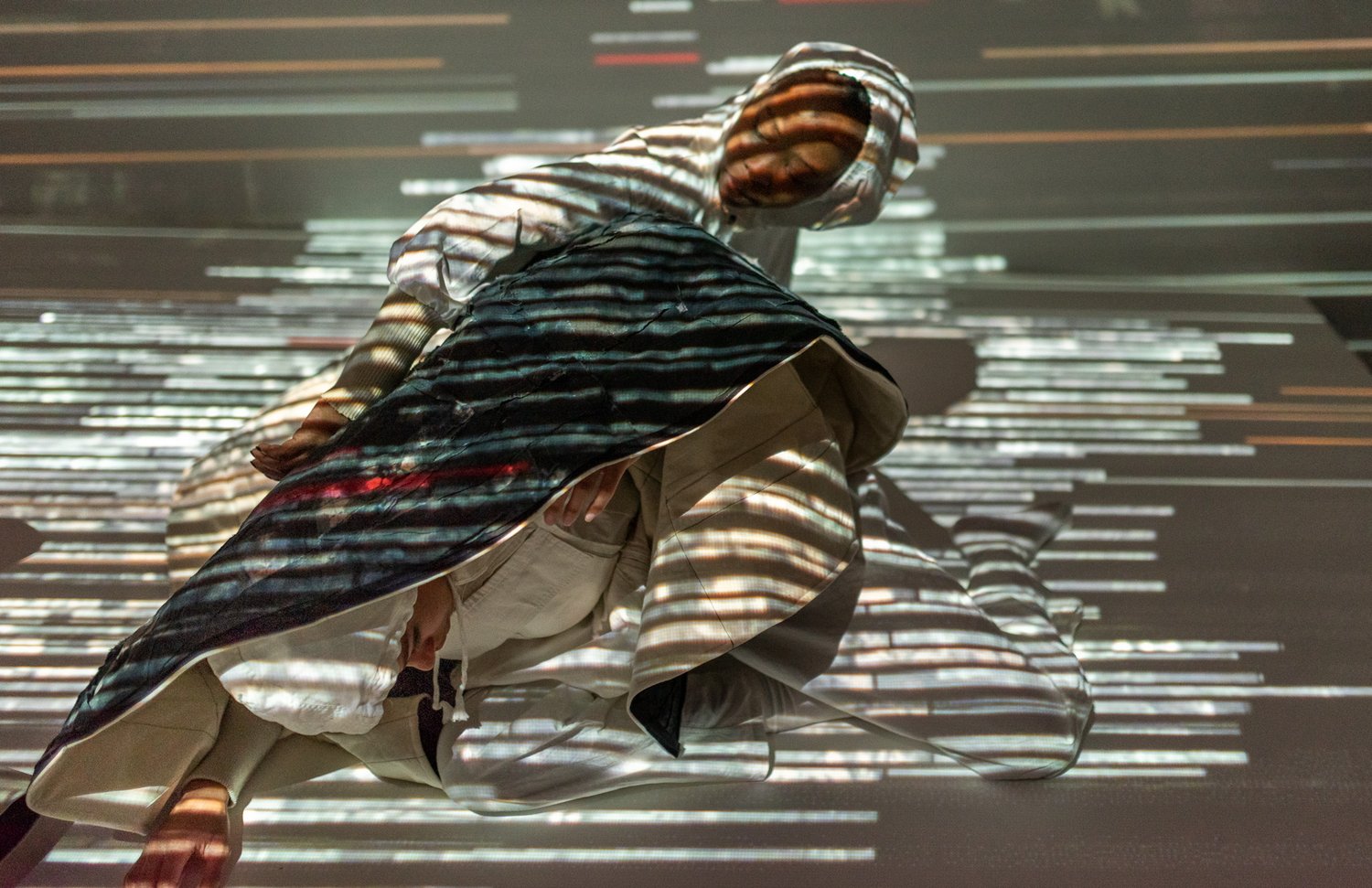 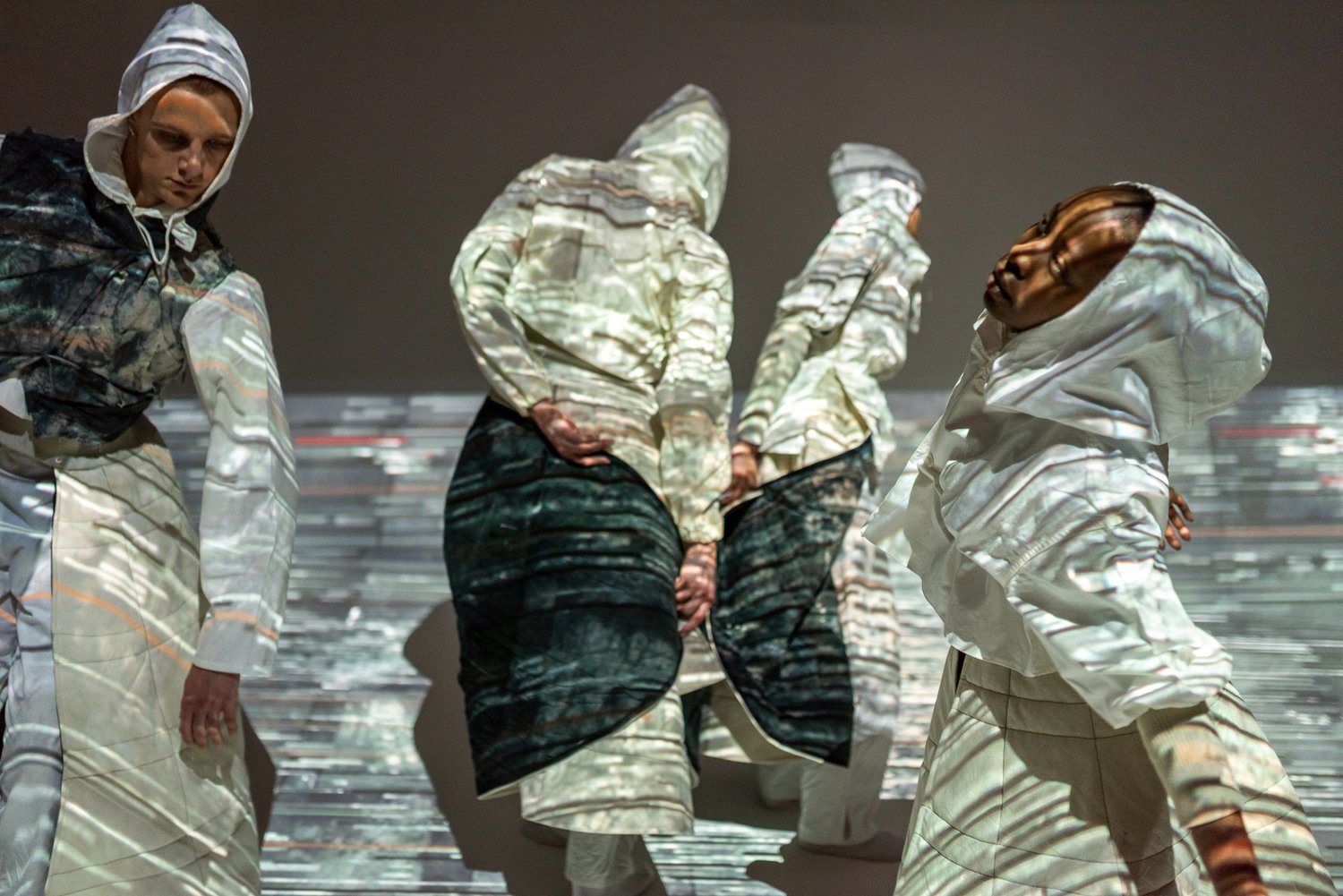 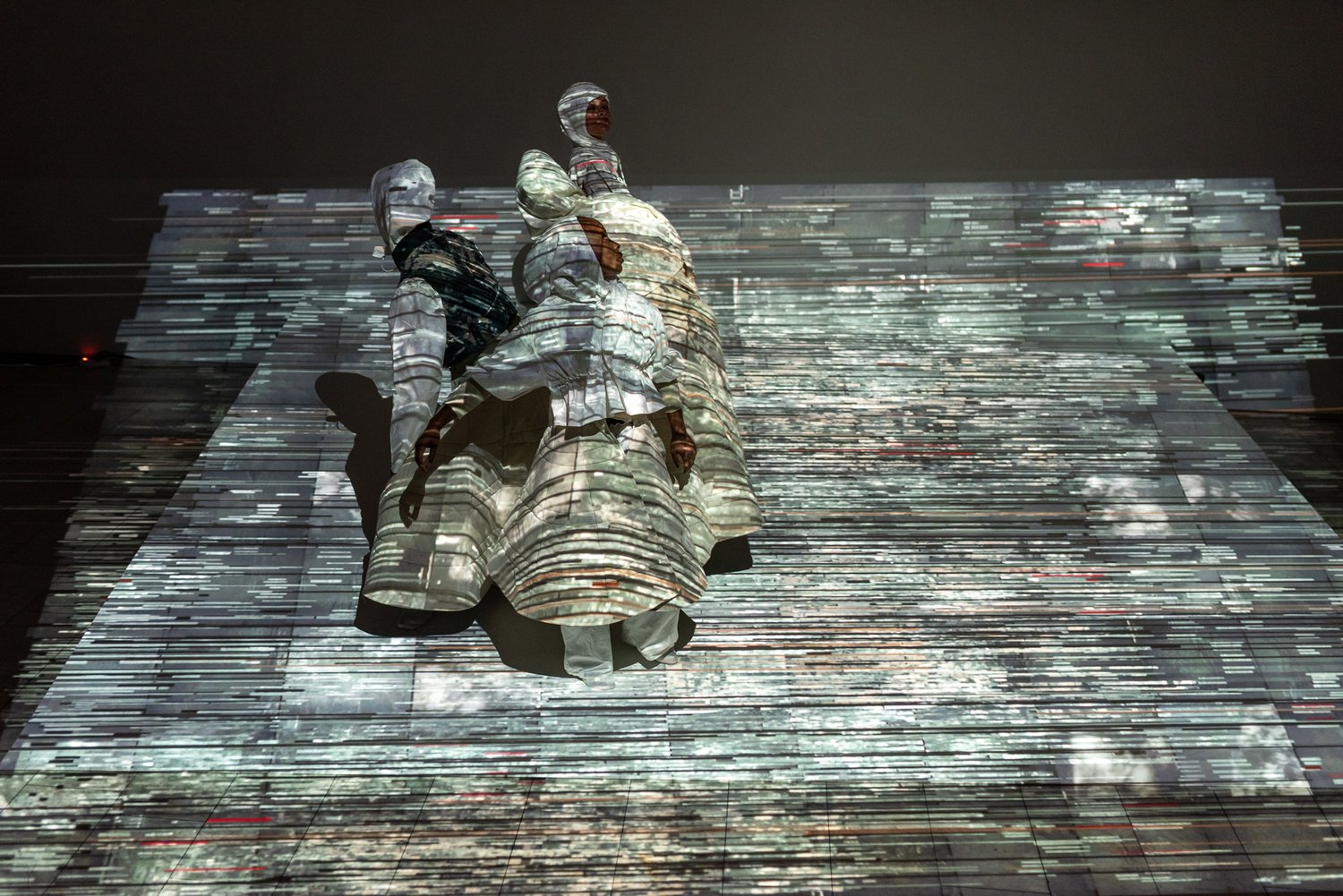 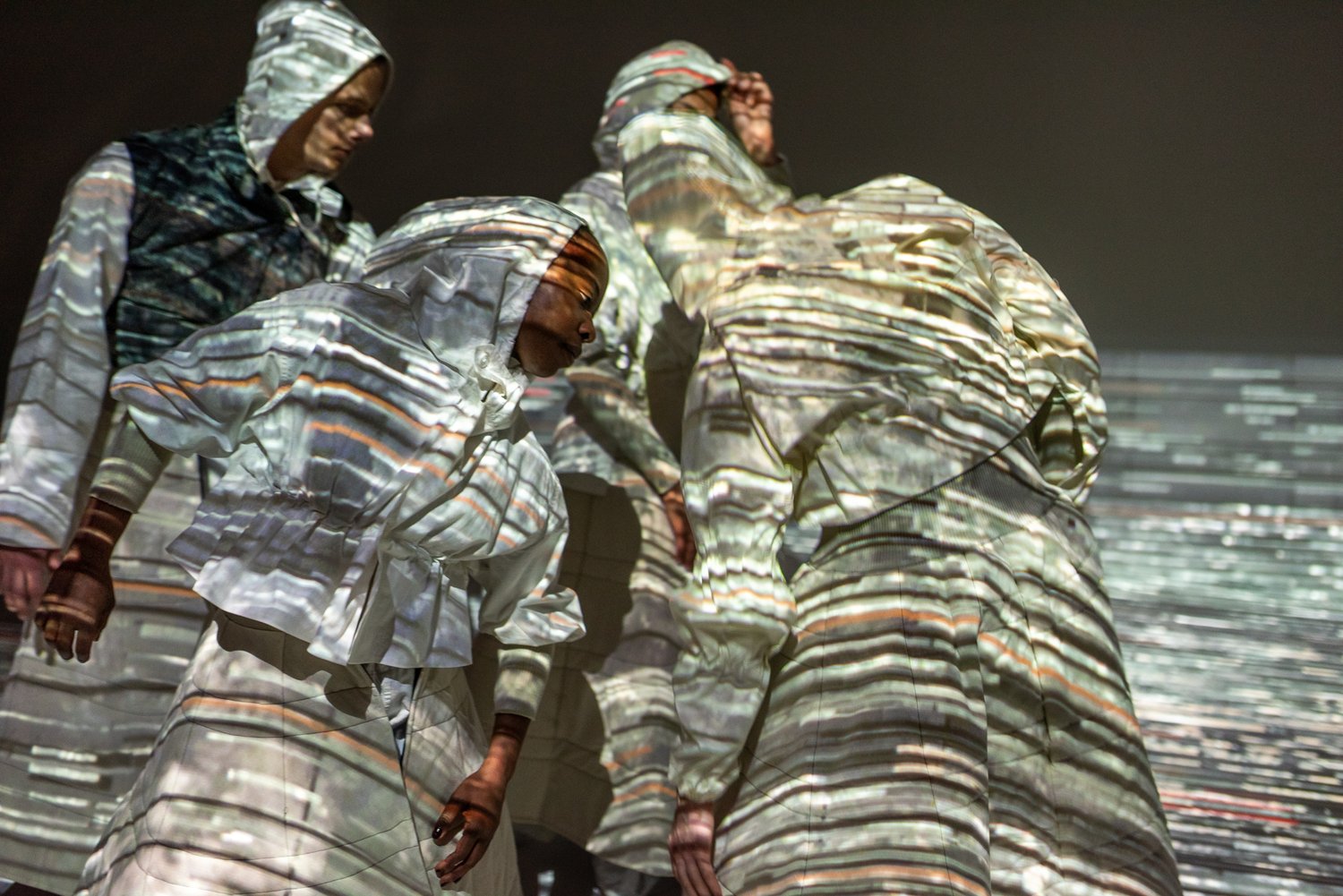 Performance at Kunstnerforbundet – 23rd of April 2022

Ingri Fiksdal was invited by visual artist Tone Myskia to create a new work for four dancers within the installation The Ocean Within. Four performances of the work were given on April 23rd 2022. The contributing dancers were Ornilia Persia Ubisse, Jonathan Ibsen, Mariama Fatou Kalley Slåttøy and Even Eileraas.

About the exhibition at Kunstnerforbundet Tone Myskia and the sound designer Jon Balke have created a work at the intersection between visual art, stage design, and musical composition. In the exhibition The Ocean Within, projected images drift rhythmically across surfaces producing a spatial atmosphere that contrasts wit the room´s architectural meaning. From an inclined surface, lines emerge to form new compositions that free themselves from their field of origin and travel out into distant reaches of the darkened hall.
Thematically, Myskia´s work contemplates the complexities of language, perception, and identity, and how these realms are influenced by the viewer´s current time and space. The work explores the inherent motion of particle systems as a metaphor for how we shift between a sense of direction and disorientation, of being anchored or adrift.

The sense of being in motion is central to Myskia´s work. The gaze, the senses, mind, body, and human interaction form the basis for kinetic compositions that address displacement and transformations as fundamental dynamics of our mode of existence, wether the movement is an aspect of memory, emotion, human crowds, or technology.