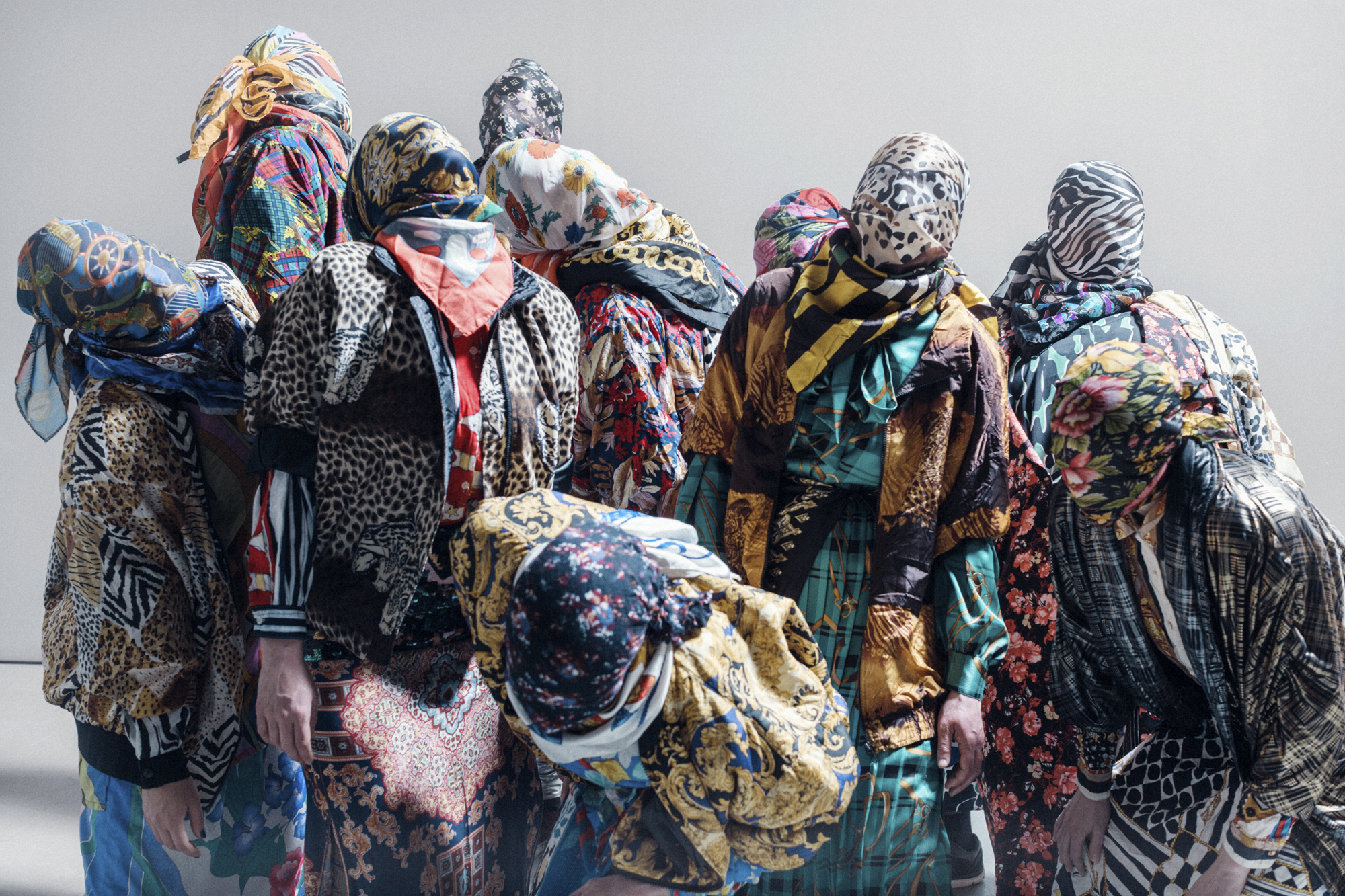 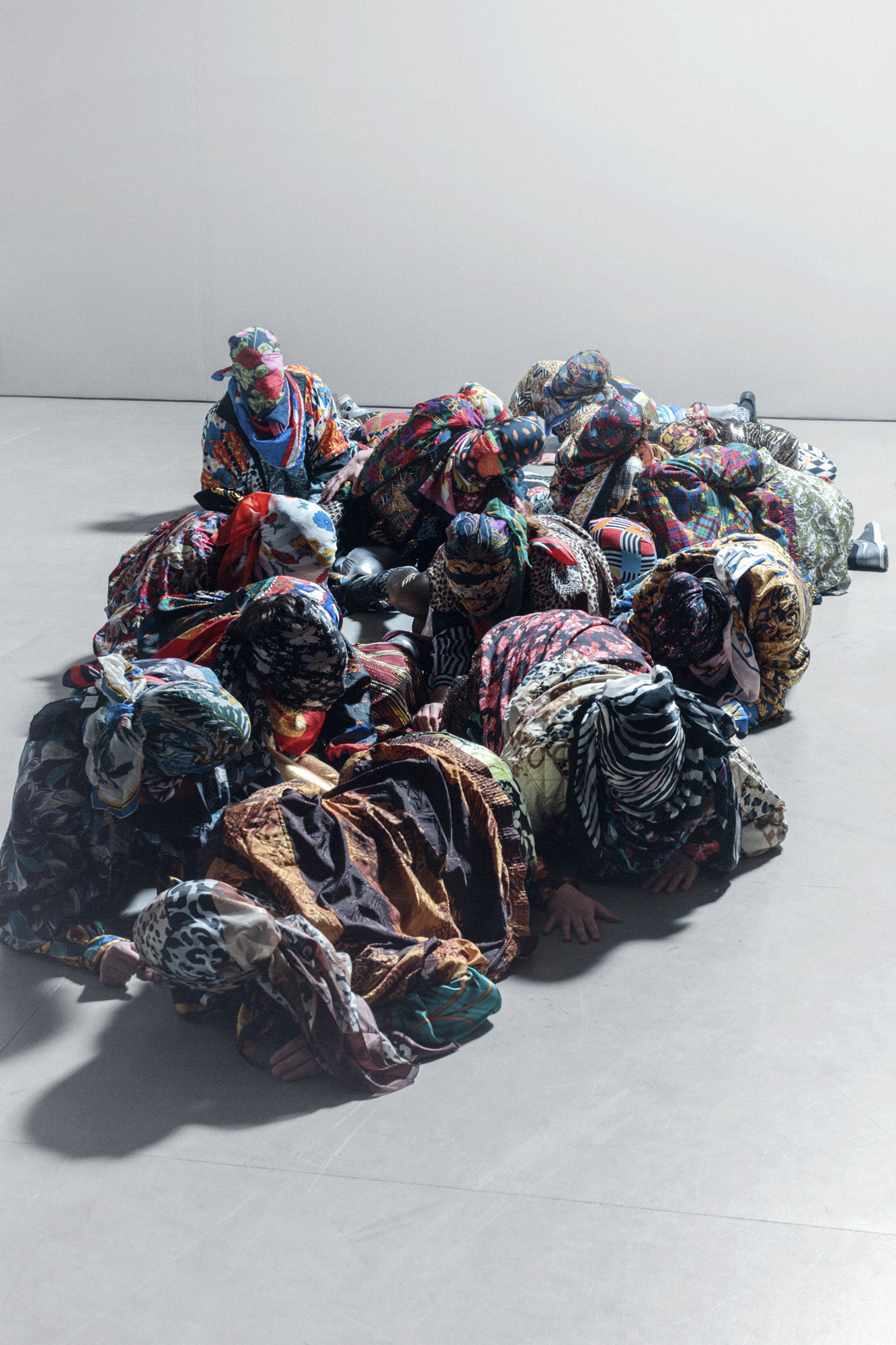 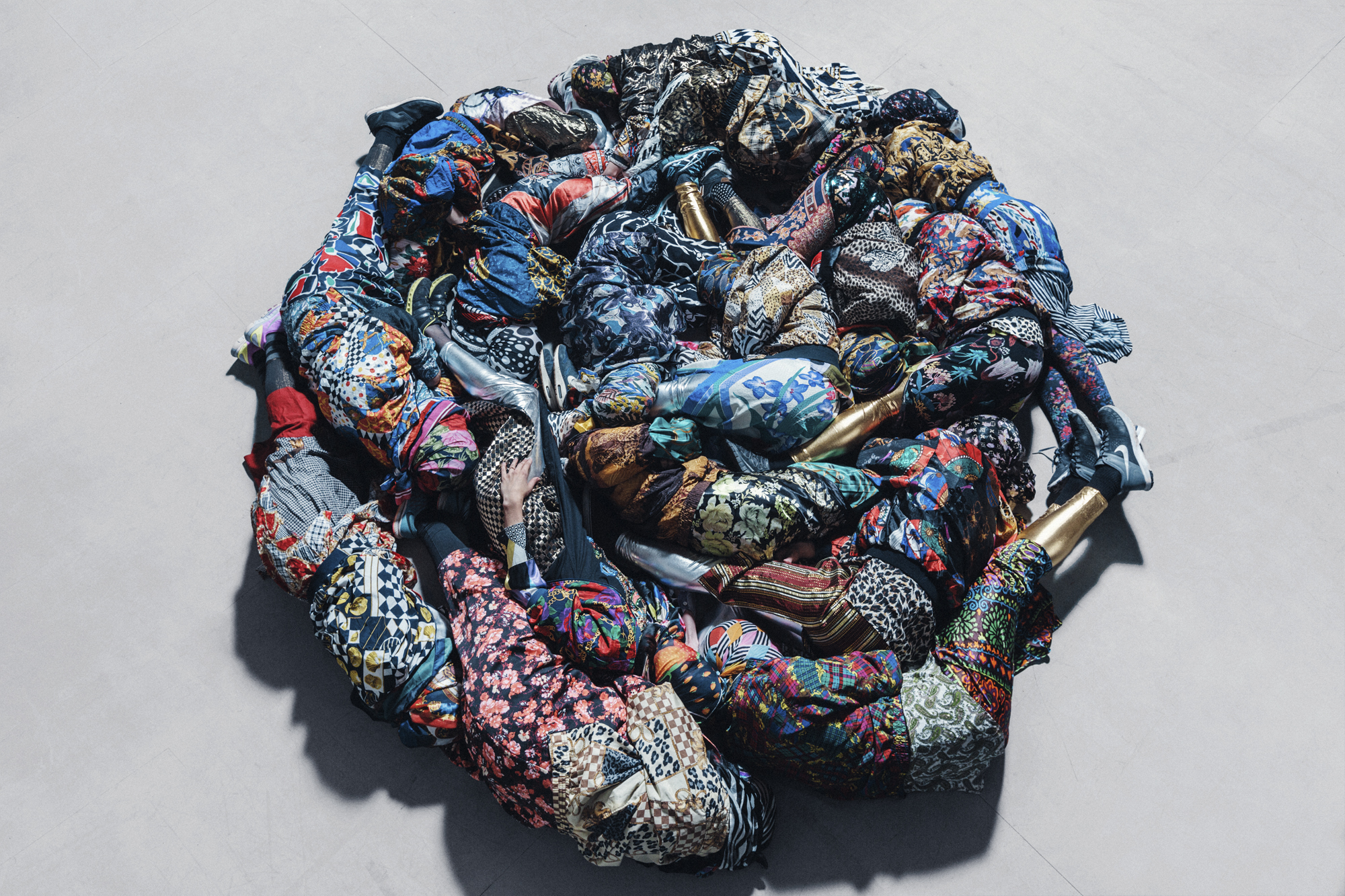 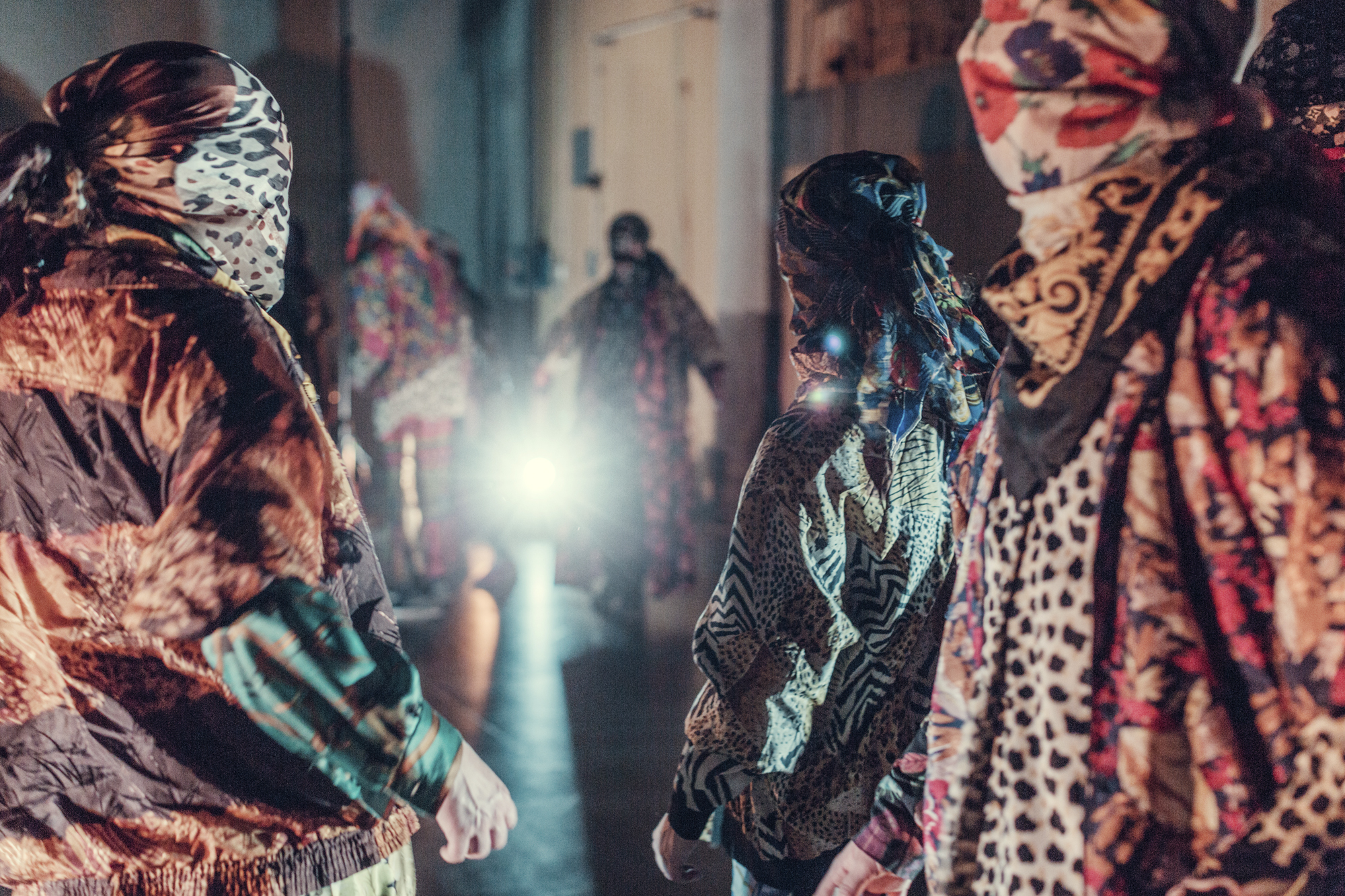 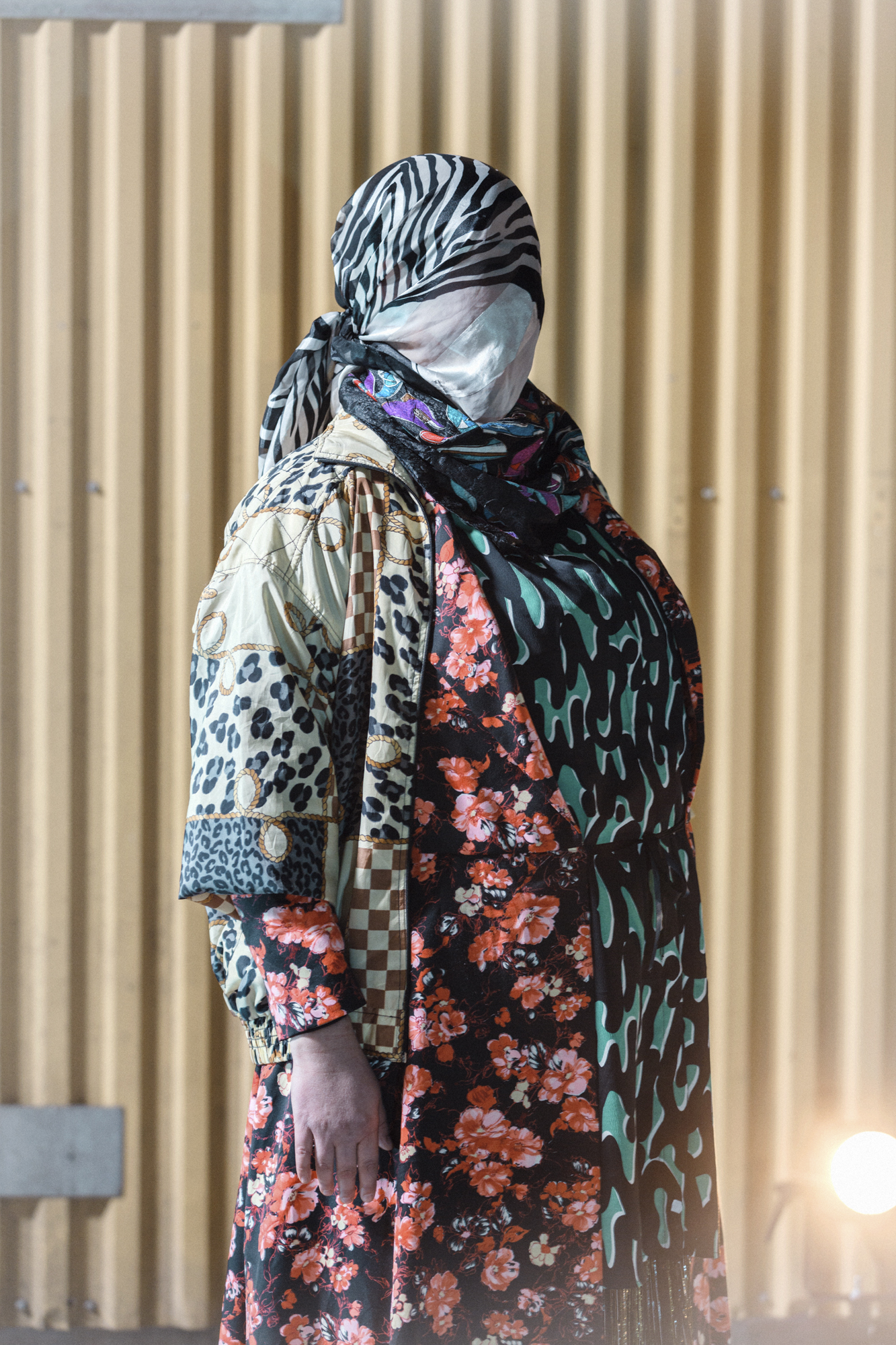 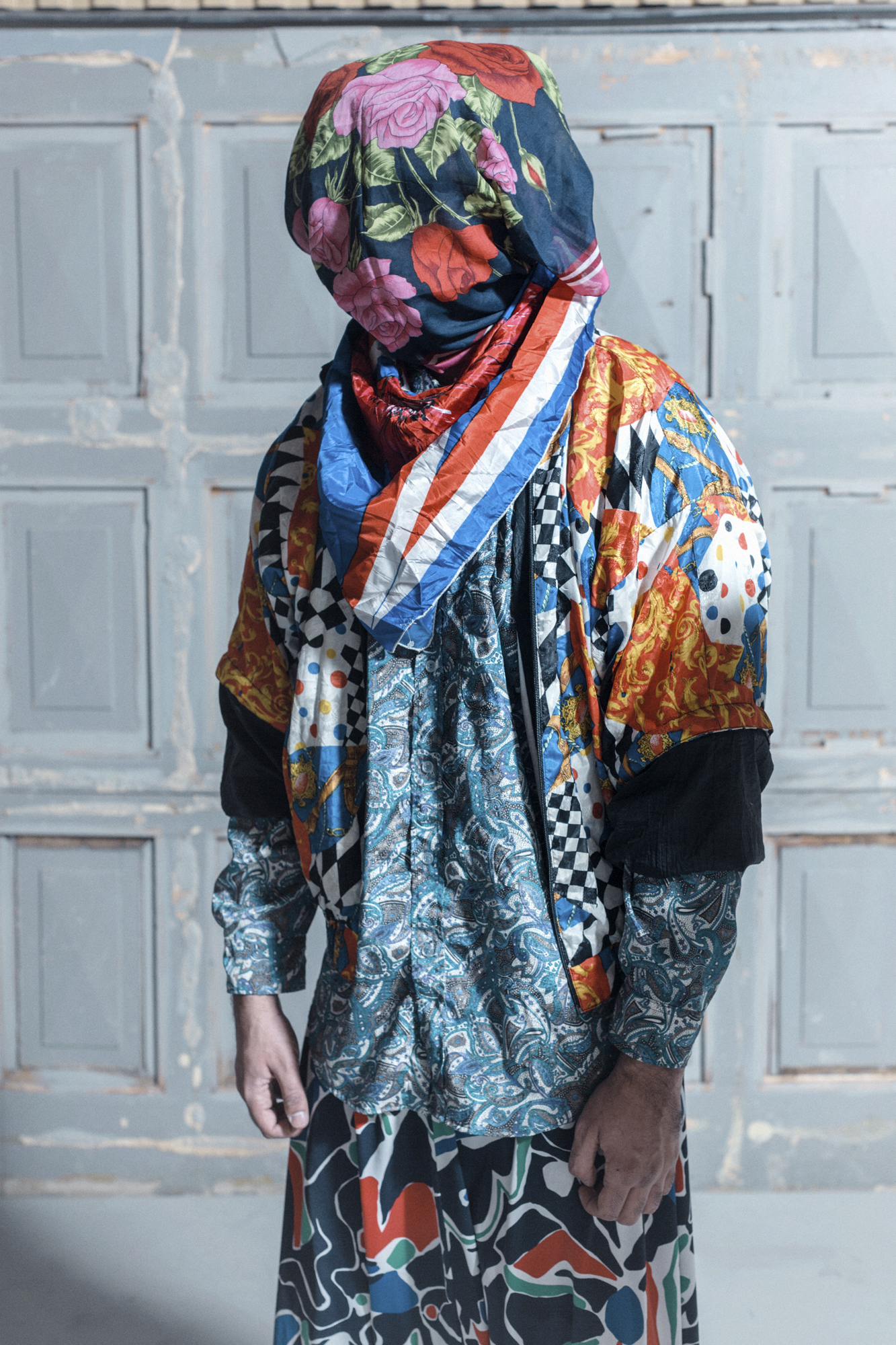 Shadows of Tomorrow is a reworking of Ingri Fiksdal’s production BAND from 2012. With Shadows of Tomorrow Fiksdal wants to create the immersive experience of a psychedelic concert, but only through moving bodies and light. There is no music to be heard. The work investigates the potential for kinesthetic transference between performers and audience, and the latent contamination in mass-movement.

The performance lends its title from a track on the Madvillain album Madvillainy by Madlib and MF Doom, who are key figures within the genre of psychedelic hip-hop. Psychedelic hip-hop is characterized by complex sample-based beats, often obscure material, and abstract lyrics filled with unconventional references. Shadows of Tomorrow is originally a Sun Ra poem, and the Madvillain track also samples the cosmic head-trip of a Sun Ra movie Space is the Place from 1974.

The performance Shadows of Tomorrow draws from psychedelic hip-hop in its choreographic material and composition. Multiple beats move through and between the bodies in space to create numerous rhythmical layers. The light design acts as an intensifier of the experience and creates additional movement and rhythm through the play with multi-colored shadows on all four walls of the performance space.

Whilst BAND was created for four performers in a black box space, Shadows of Tomorrow is designed for a white cube space features 20 performers. All four walls of the space are lit and serve as a shadow-backdrop to the ongoing choreography.

Shadows of Tomorrow was October 6th 2019 part of the mini-series “Dansescenen” in “Hovedscenen” at NRK 2 (Norwegian television). The program is a new mini-series about dance and various artists within the Norwegian dance field.