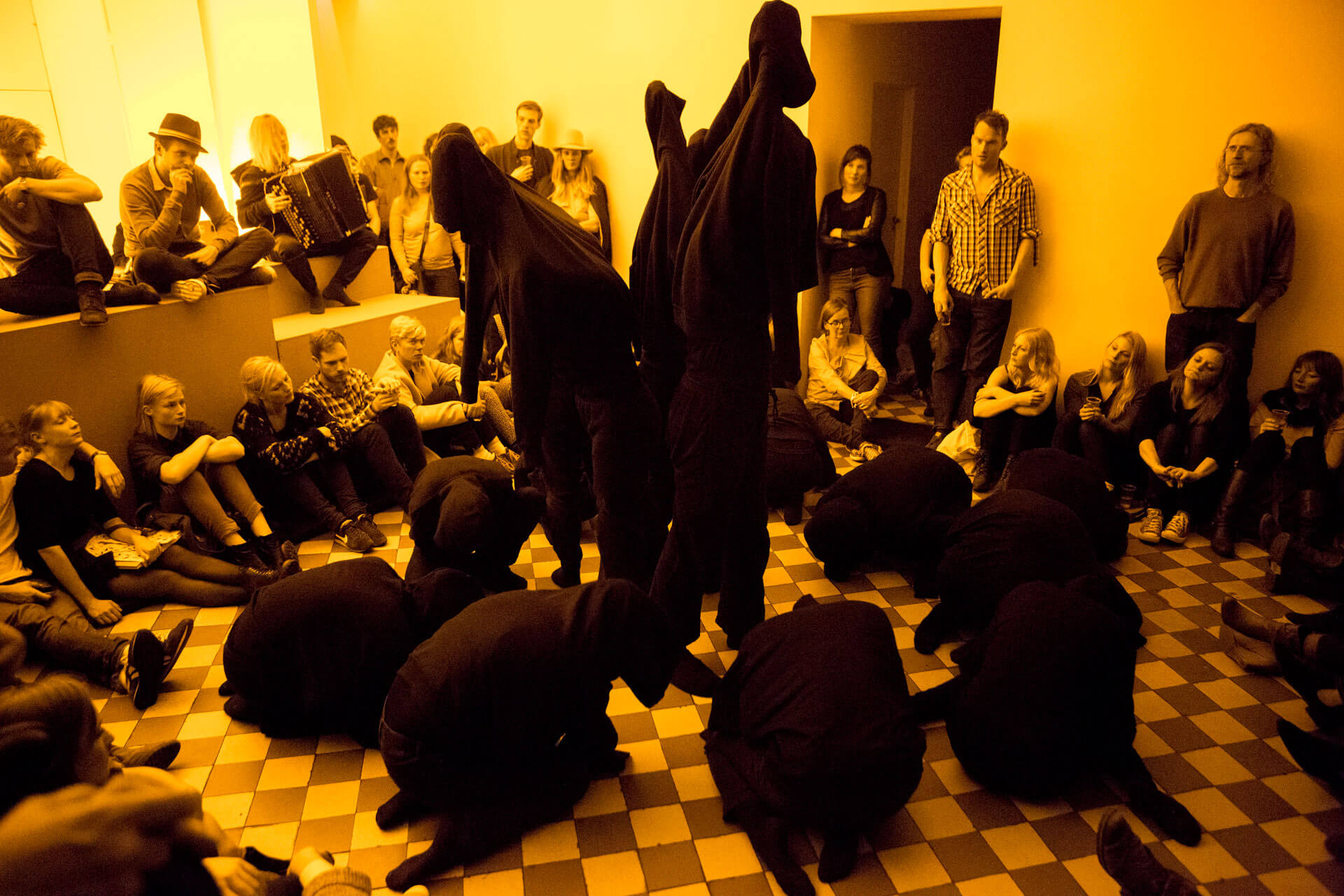 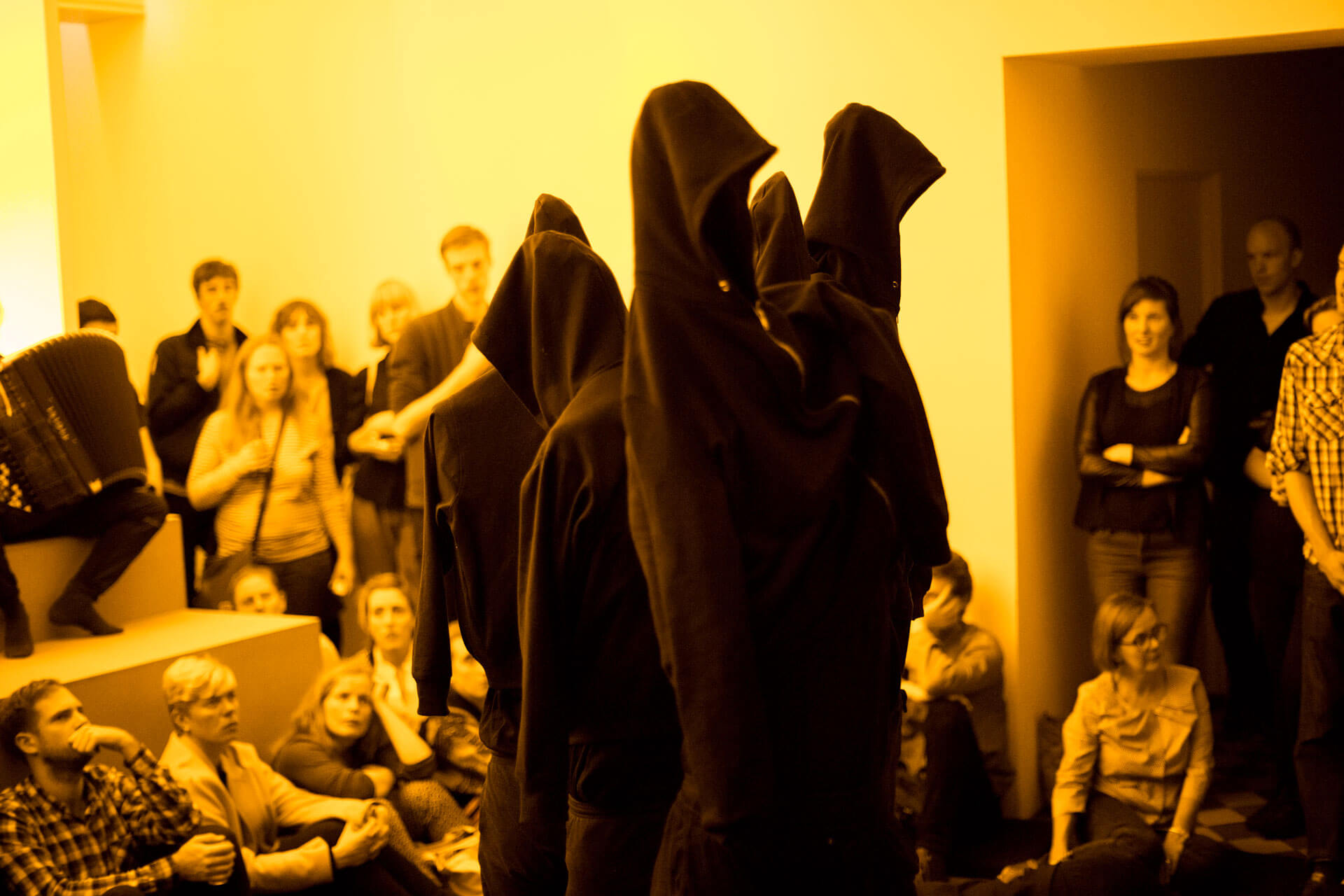 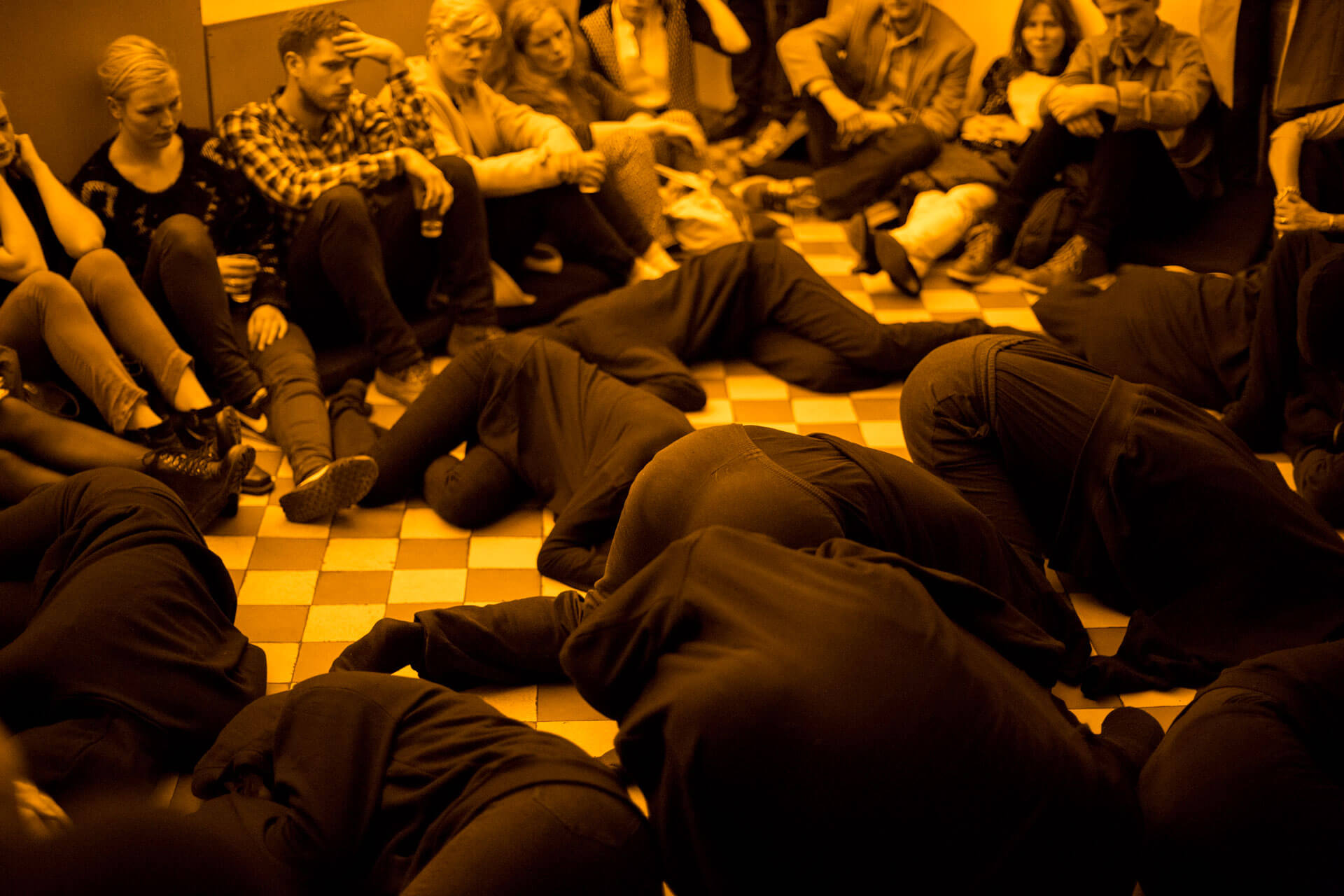 Urskog was performed on the 5th and 6th of October 2013 as one of four works dealing with the same manuscript. The event was co-produced by Dramatikkens Hus in Oslo. Urskog took place at The Residency by Goro Tronsmo at the gallery 0047. The Residency was turned into the site of a durational ritual, at the intersection of club, performance, and Dionysian party.

The performance of Urskog at The Residency is a continuation of Ingri Fiksdal’s exploration of affective and collective performative situations. At the same time, it deals specifically with the question, how the exhibition architecture frames the audience situation. By transforming the whole premises of 0047 into the scene of the ritual/party, the project manifests Ingri’s spatial research at The Residency.

Developing her new work Ingri collaborates with Camilla Vatne Barratt-Due, (composer and accordionist) and Alexandra Cardenas (composer) who created a soundscape which sets the acoustic performance and the amplified surrounding in dialogue with the architecture. Alexandra transforms the sound into algorithms, turning the acoustic instruments into controllers. During the event she uses live-coding to operate the algorithms like playing an instrument.

Co-produced by: Kedja Wilderness Residency and Muscle Temple The Residency/0047

Thanks to: The National Theatre, The Norwegian Theatre and KHIO